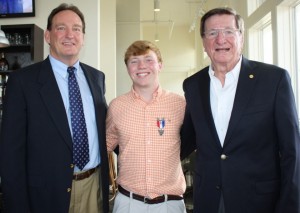 St. Tammany Parish President Pat Brister was honored as the recipient of the North Star Award given for her ongoing support and commitment to the Boy Scouts of America. The award was presented by Bogue Tuchenna (BT) District Chairman Roger DeSanti at a “Legacy of Scouting” reception at Forks & Corks at TerraBella on April 18.

Earlier, BT District Executive Dorothy Garcia extended welcoming hands to guests before the Order of the Arrowmen participated in the presentation of colors and the pledge of allegiance.

The Istrouma Area Council serves 13 parishes in Louisiana and Wilkinson County, Mississippi and provides quality scouting programs to more than 8,200 co-ed youths. More than 3,000 adult volunteers support 285 Cub Scout Packs, Boy Scout Troops and Venturing Crews. The mission is to build character, citizenship and fitness while preparing young people to make ethical and moral choices by instilling in them the values of the Scout Oath and Law. For more information, go online to: www.iac-bsa.org. 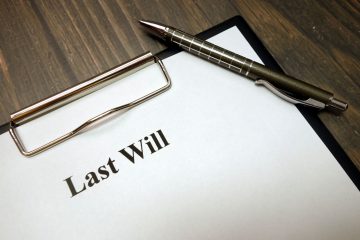 Mr. Robichaux, assisted by partner, E.B. (Ted”) Dittmer II, asserted a claim in a complex succession proceeding that the decedent was sight impaired and what little vision he had was impacted by his inability to Read more…

Unanimous Dismissal of Charges in Pharmacy Board Hearing

Craig Robichaux represented a local pharmacist before the Louisiana Board of Pharmacy on an allegation of a violation of its “Pharmacist in Charge” rules.  After hearing Craig’s evidence, the Board voted unanimously to dismiss all Read more…